According to UNESCO data, Covid-19 affected nearly 72 crore children worldwide in September 2020. The situation has improved since then. However, studies have shown that school closures have a negative impact on children on multiple levels. When the pandemic struck in March last year, as many as 15 lakh schools were shuttered across India’s 28 states and eight union territories.

Regardless of online schooling wherever possible, the closures left 28.60 crore students physically away from pre-primary to upper secondary classes.

Now, at least nine states — Andhra Pradesh, Bihar, Chhattisgarh, Haryana, Madhya Pradesh, Maharashtra, Gujarat, Odisha and Punjab — have either re-opened their schools partially or are in the process to do so, news reports suggest. In most places, physical classes are being, or will be, carried out for 10-12 graders, with 50 per cent attendance. What it means is that students will be required to attend the schools every alternate day.

In Bihar and Gujarat, schools have reopened from July 12 and July 15 respectively for physical classes. The Maharashtra government has resumed conventional schooling for 8-12 graders from July 15 on locations where not a single case of Covid-19 has been reported in the last one month.

Punjab and Odisha plan to reopen schools from July 26 for 10-12 graders with certain riders.

ONLINE CLASSES NOT AS EFFECTIVE AS PHYSICAL SCHOOLING?

School closures have been a common feature all over the world during the pandemic. 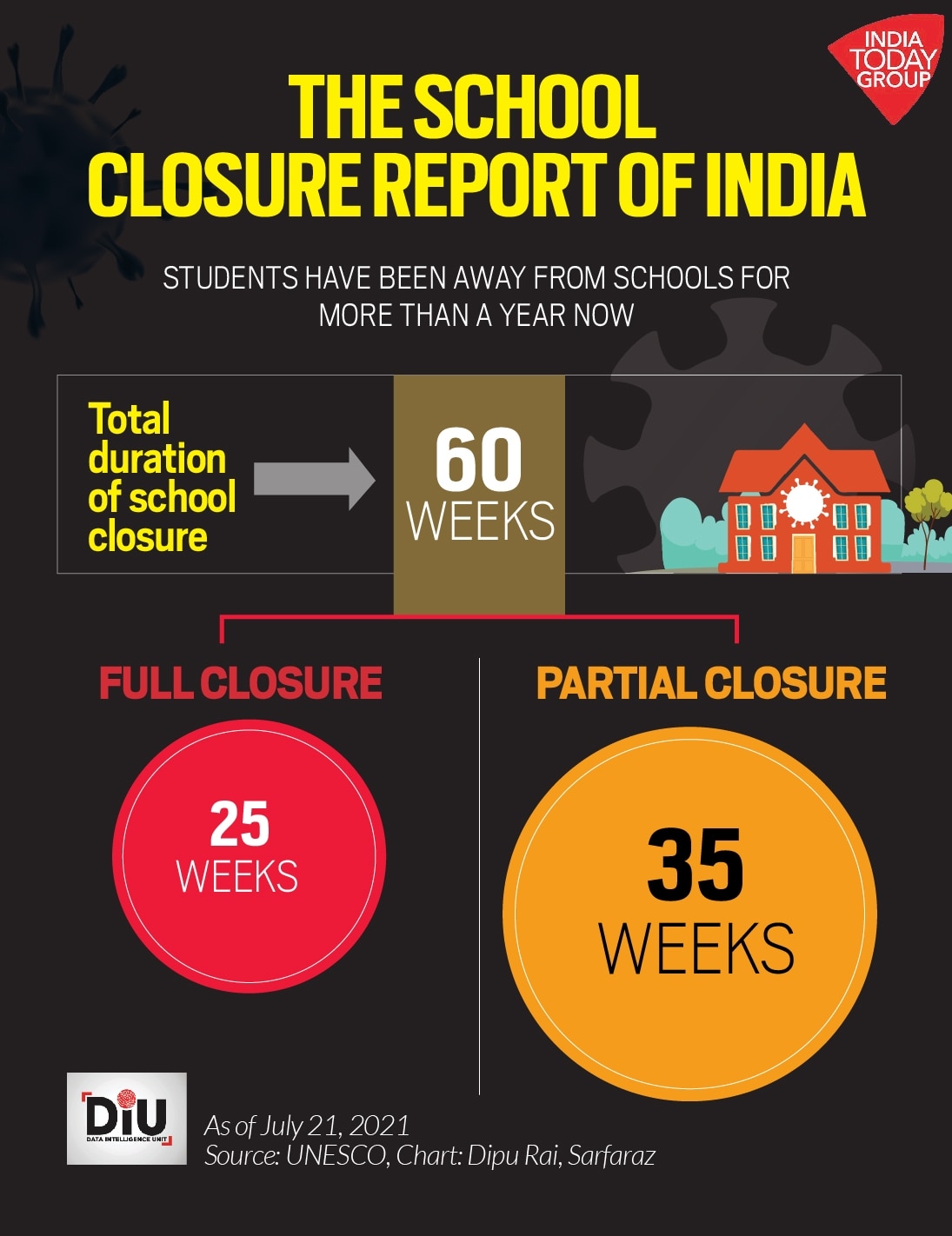 UNESCO, the education arm of the United Nations, has reported that at the peak of the outbreak in September 2020, nearly 72 crore children were impacted worldwide.

The situation has since improved. But studies show school closures adversely impact children at various levels.

According to UNESCO, “schooling provides essential learning, and when schools close, children and youth are deprived of opportunities for growth and development. The disadvantages are disproportionate for underprivileged learners who tend to have fewer educational opportunities beyond school.” The full re-opening of schools in all states will largely depend on the vaccination drive. But the emergence of new variants of Covid-19 remains a cause of concern.